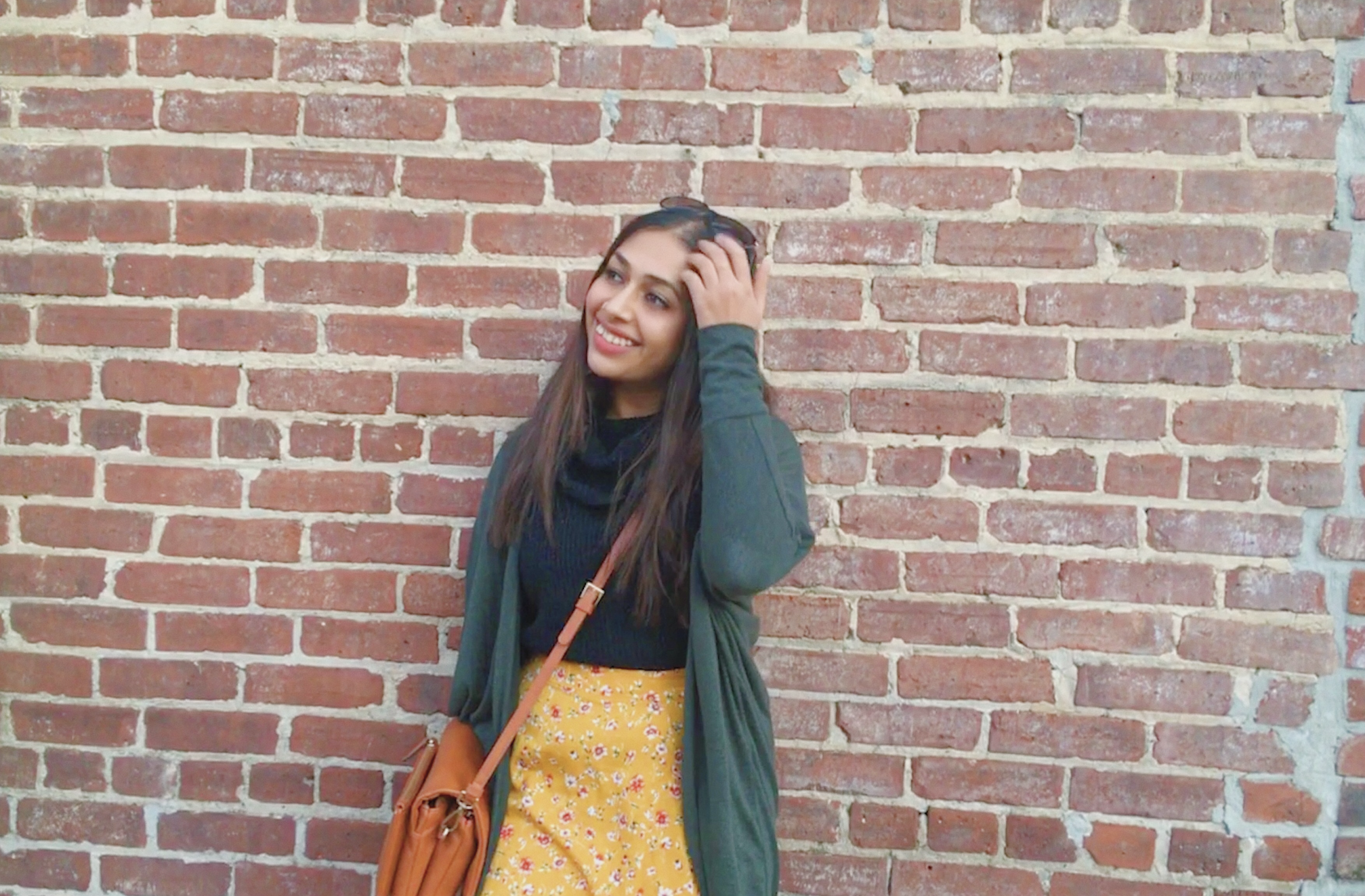 Entrepreneur Nidhi Yadav had always known fashion was her true calling – long before she founded her very own contemporary ethnic wear brand, AKS, in 2014.

As a teenager, Nidhi had watched with awe as Meryl Streep and Anne Hathaway sashayed around wearing the most iconic fashion brands in the film, The Devil Wears Prada. At the time, Nidhi had marvelled at the fine designs, exquisite quality, and classy trends that allowed the two leading ladies to exude confidence and step out in style. Little did she know then that she herself would one day be donning countless women with the latest styles from her own collection of modern ethnic wear.

Indeed, the beginning of AKS itself is a story of Nidhi Yadav’s determination as a first-generation entrepreneur and her passion for all things fashion.

In 2014, as a new mother to her then-six-month-old baby, Nidhi founded AKS with the simple aim of bringing original and comfortable styles in contemporary ethnic wear to women across India. Since then, Nidhi has grown the brand to one of India’s most popular women’s fashion brand, and in the process, empowered scores of women, who make up more than half of AKS’s total employee and supplier bases.

From Computer Science to Fashion

But the road to AKS wasn’t a straight one for this Indore girl.

In fact, the Computer Science graduate had worked at Deloitte for more than a year before she realised she would rather be elsewhere. That realisation came during her year-end presentation at the company, when she was asked a simple question that changed the course of her life: “When was the last time you wanted to go to the office?” Her honest response was, “Never.”

“Basically, my mentors helped me realise what I wanted to do. I was encouraged to pursue fashion,” she told MAKERS India, as she recalled how her family had been shocked when she chose to follow a career in fashion.

Yet, she never caved in, going on, instead, to pursue a one-year course in Fashion Buying and Merchandising at the Polimoda Fashion School in Florence, Italy. This landed her a job at Italian fashion brand Emilio Pucci. But fate had other plans. Nidhi soon returned to India to be with her family, and it wasn’t long before she got married to her husband, Satpal Yadav.

Satpal, who was working with online fashion platform Jabong at the time, supported her passion for fashion, encouraging her to start an ecommerce business so she can work from home. This gave Nidhi the impetus to finally launch AKS in May 2014.

The duo had pulled together their savings of Rs.3.5 lakh to start the venture. And thanks to her education in Italy, Nidhi understood the dynamics of the fashion industry.

She says, “I was not a fashion designer, but I knew what will sell.” To prepare herself, Nidhi did six-months of research on international fashion brand Zara and sought to replicate its supply chain in India.

She explains, “Zara has a new collection every month. Those are sold out fast, as there is a sense of scarcity. It gives discounts at the end of every month, rather than do an end-of-season sale.”

Like Zara, AKS’ whole collection is not available all the time either. “Once sold out, we don’t make the same designs again. Over a couple of years, customers have got that sense of scarcity,” Nidhi says.

The Road to Jaipur

During the initial months after setting up AKS, Nidhi and her husband would travel from Gurugram to Jaipur every weekend to source materials, with their infant daughter in tow.

Nidhi recalls: “Reaching an agreement with the manufacturers there was difficult. We wanted to get 25 pieces of each design. But they wouldn’t take any orders for less than 200 pieces, as production is very expensive otherwise. But some of them let us cherry-pick styles and buy 20-25 pieces. As AKS grew, we began ordering up to 300 pieces.”

Today, the company has an integrated network of printing, dyeing, stitching, and manufacturing units in Jaipur. It is also moving 25 percent of its production to Delhi.

What started as a 30-order-per-day business has grown to one with 300,000 orders per month.

The phenomenal growth, however, is reflective of Nidhi’s personal commitment and dedication to the venture.

“I used to go for every photo shoot and try on every sample before production. We did the cataloguing, designing, and sourcing ourselves. Our warehouse was our home,” Nidhi recounts.

By the third year of business, the company moved to an office space with a team of 10. Today, AKS is a team of 52 occupying a five-storeyed commercial building in Gurugram with a team of 120 along with 700 tailors.

For a young mother, being able to run the venture with such detail and dedication was only possible with family support – something Nidhi was fortunate to have.

In addition to taking care of their daughter while Nidhi was dealing with manufacturers, Satpal would help manage several aspects of AKS’s operations too. Last year, Satpal joined AKS full-time as a co-founder.

Of Women, for Women

Empowering women is a big part of AKS’s values. No wonder then that more than 50 percent of AKS’s employees and about 60 percent of its suppliers are women.

Women entrepreneurs run nearly 50 percent of the firms that AKS outsources work to. “I always wanted to generate employment and contribute to society,” says Nidhi.

Since women naturally have a natural inclination to fashion, it is not hard for women to work in this sector, Nidhi says.

“We have made conscious effort to employ more women in finishing, quality check, and stitching. As women have to also attend to their domestic duties, they go home at 6pm. And so, we encourage more men to work at night because we are working in a target-based environment and need to churn numbers,” she says.

Today, Nidhi’s goals and dreams are no less ambitious than when she first set out.

She is now setting her sights on steering AKS to become one of the top 10 apparel brands of the country in the next five years and plans to achieve Rs.1000 crore in revenue in the next few years.

While most believe that a woman’s career graph becomes stagnant after starting a family, Nidhi believes the opposite – a belief she has never shied away from proving all through her entrepreneurial journey.

“Do it because your kids deserve a mother they can brag about. I wanted my child to know that you have to work hard to achieve something in life. Mine grew up watching her mother do that at home,” she says.

Can women have it all? “Definitely,” Nidhi says, without hesitation. “Women have to stand up for themselves. If you don’t stand up for yourselves, nobody else will speak up for you. You have to take charge of your life.”