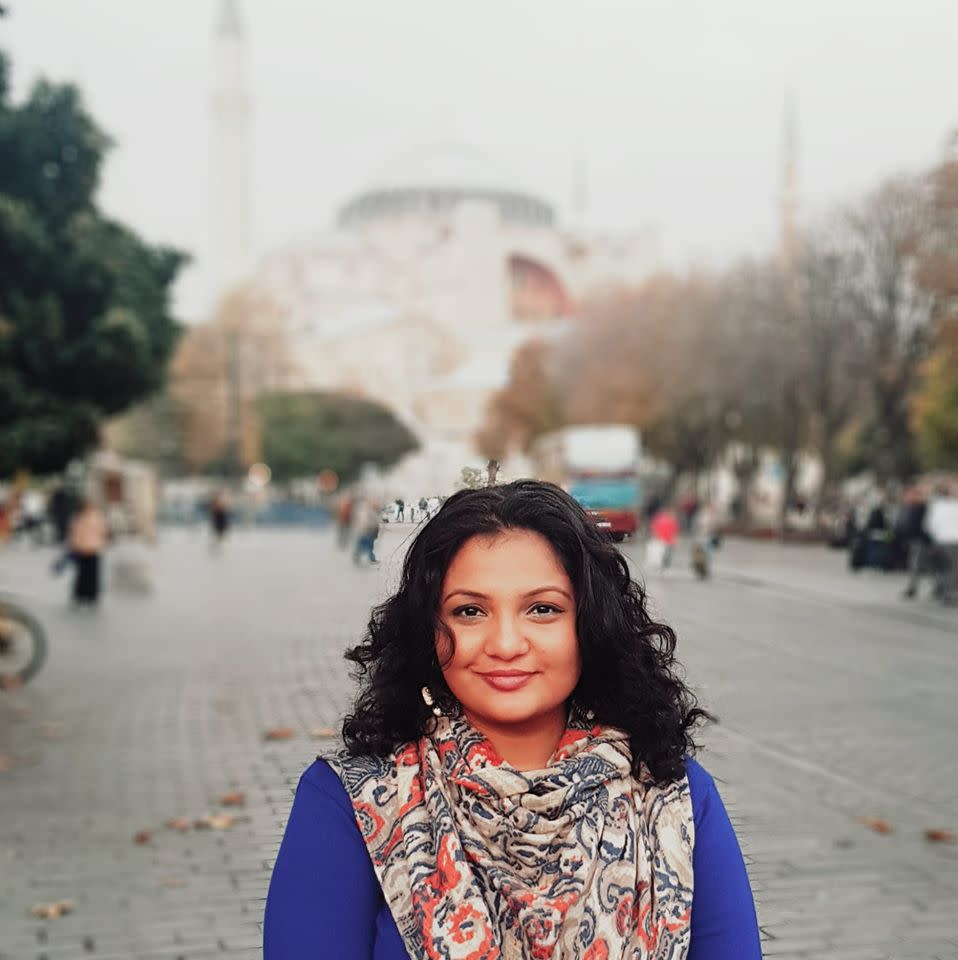 Dr Geetanjali Chopra has had an enviable career graph. She is a graduate in journalism from Lady Shri Ram College for Women, Delhi University, and has a master’s degree in international relations from Jawaharlal Nehru University (JNU), New Delhi. She has also done M Phil and Ph D in international studies from JNU, and later a PGDP in international human rights law from Utrecht University (The Netherlands).

In addition, she has a diploma in refugee law and human rights Law from the International Institute of Humanitarian Law (Italy) and has worked with the UNDP, Indian Society of International Law, JNU, and Centre for Policy Research.

But, for the last six years, Geetanjali’s life has had little to do with academia. Yet, she says she is happier and more fulfilled than ever before – thanks to Wishes & Blessings, an NGO she founded in 2014.

The platform aims to spread blessings and fulfil wishes by linking beneficiaries with donors. “All of us have unfulfilled wishes. Some of us are more blessed in terms of being able to help others fulfil their wishes, and what we get in return is their blessings. Hence the name Wishes and Blessings,” she says with a smile.

Today, the NGO has more than 15 centres across Delhi-NCR, and works on multiple causes, including food for all, accessible education, healthier lives, and elder care.

How it all began

As a child, Geetanjali used to accompany her grandfather to a school for visually-impaired children, to celebrate her birthdays and other special days with them. On one such occasion, one little girl tugged her arm and asked, “Mera birthday kab hota hai”? (When is my birthday?).

Talking to MAKERS India recently, Geetanjali recollected how shocked she was at that question.  “I was 10 at the time, and I got very upset. How can you not know your birthday? Every year, we used to go back to this school, and as I grew up, I realised that everybody's not as privileged as we are.”

While working as a Fellow at the prestigious Centre for Policy Research (CPR), in March 2014, a casual visit to the same school changed Geetanjali’s life. One of the blind children there asked her if she could help them play Holi; Geetanjali was taken aback at the bizarre request from a child who could not even see colours. But she told the boy that she would try.

“Later I shared this incident with my colleagues at CPR on our Google group, wondering what I could do. To my surprise, when I reached office the next day, my desk was flooded with envelopes of money and little notes encouraging me to do it for the children,” she recollects. Using that money, she bought those children sweets and colours to play Holi.

Geetanjali, who does not even like playing Holi, felt extremely happy when she helped those children play Holi. She shared her experience on Facebook, and many people showed an interest in supporting her in the future for such activities.

Now in her early forties, she recalls how she used to go back to those children or often revisit her photos of playing Holi with them, while she was still at CPR.  Finally, she decided that she wanted to do it as a full-time activity.

With support from her team at CPR, including the then-president of CPR, Pratap Bhanu Mehta,  she registered Wishes & Blessings in just one month after that Holi. But it took her two years to wrap up her work at CPR and take up Wishes & Blessings as her priority.

Running an NGO is not an easy task. Yet, Geetanjali says that six years’ of hard work has brought her organisation a lot of credibility.  In fact, Geetanjali’s efforts have won her many accolades, including recognition by NITI Aayog and the Womennovator 100 Women Faces 2018 Award by Confederation of Women Entrepreneurs of India.

Geetanjali states that although there have been a lot of fraud cases, where people get rich overnight by taking the money received in donations for NGOs, she has gained acceptability among donors now.

“We have had a huge donor base, including some CSR funds, since the beginning. We maintain transparency in our operations, and don’t hide anything from our donors – even the admin fee is accounted for. People know that I am not doing it for the money, because I was earning 70 times more when I was in academia. Now I just make a little salary for the sake of it.”

Warrior for the masses

At a time when the world is battling a deadly pandemic, Geetanjali and her organisation are at the forefront of helping the neediest people across the country. She says, “Before the coronavirus pandemic began, our daily expenditure on meals was about Rs 21,000. But today we are spending about Rs 60 lakh a week.”

Although the organisation has had to eat into its savings due to this crisis, with talks of more CSR (Corporate Social Responsibility) funding and individuals coming forward, Wishes & Blessings has decided to continue their relief efforts till June 15 at least.

The team has members doing field work as well as a few who work remotely.  Geetanjali elaborates, “At the ground level, we have a relief van with three to four volunteers and team members out on the streets every day. This van distributes food rations. We have also tied up with ground-level partners in Assam, West Bengal, Jharkhand, and a few other states.”

She adds that help has come from many quarters, including Christian priests in West Bengal who helped them serve 3,500 tribal families who had to walk barefoot for almost five kilometres to come and get rations from their main distribution centre.

“A Class 10 boy has contributed 15,000 masks for the people that we work with. We were also approached by the National Service Scheme (NSS) and another social welfare group working with about 2,000 families,” Geetanjali says, adding that all the on-ground partners and team members are given PPE kits and protective masks.

The fight against COVID-19 may be far from over, but the determination of resilient warriors like Dr Geetanjali Chopra continues to give the hope that humanity will overcome this too.