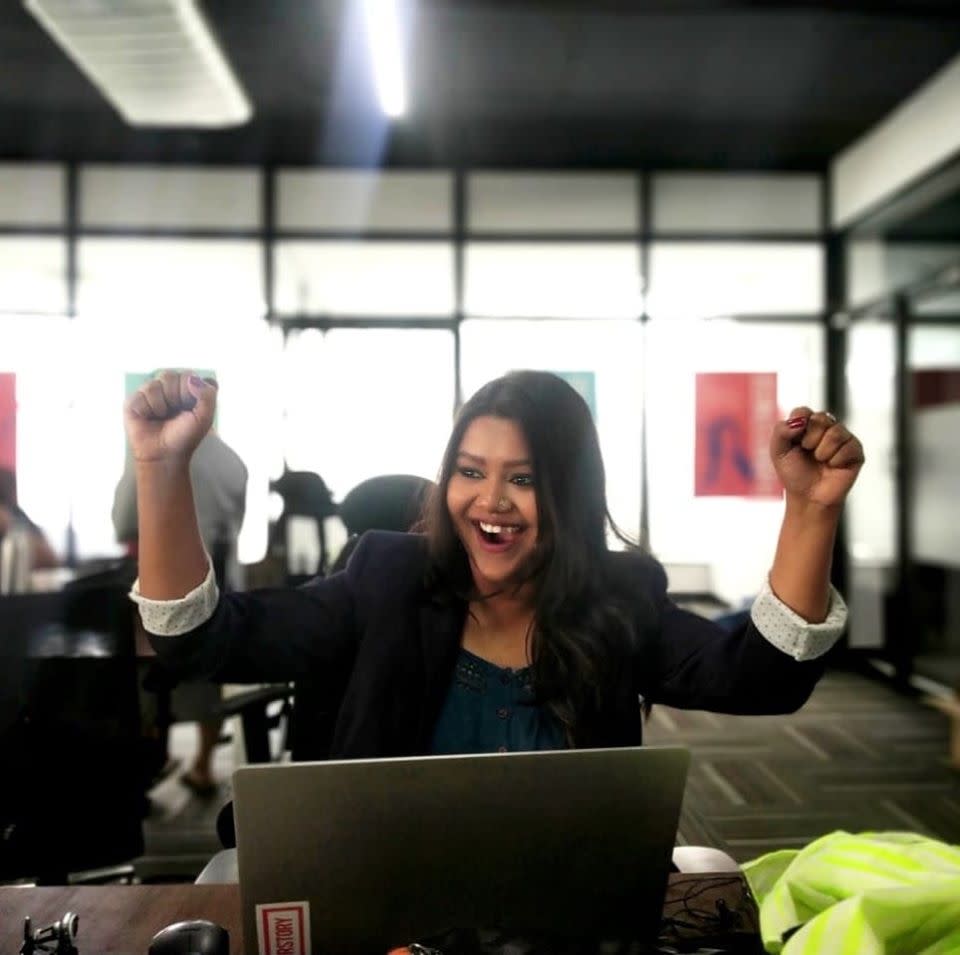 Sunita Budhiraja’s love affair with the six yards of pure elegance began right after her school days. “After my frocks in schools, I came straight to wearing sarees,” she says.

Of course, that was a different time when saree-wearing was more of a tradition and an acquired taste than a fad flooding your Instagram feed. Back in the good old days of Doordarshan and black and white television, the Indian drape enjoyed a special place, both in the wardrobe and in the hearts of its wearers.

Even the industry revolved around this fabric – handlooms and hand-woven sarees were not only an output of the flourishing cottage industries in India but also a symbol of pride and history.

With time, however, this admiration for sarees evolved into a personal style statement. Wherever Sunita would go – as a working professional in those days, she had to travel extensively – she would end up indulging in the weaving heritage of the region.

Sunita’s collection is literally a treasure trove of hand-woven, authentic weaves from around India. One whose true value has only come to the limelight now, in the form of her Facebook initiative Six Yards and 365 Days.

For the love of loom

“It was in August 2015 that this group was created. Six yards for the yardage of the saree and 365 Days of the year. I wanted women to drape their six yards on all the days of the year,” says the woman instrumental in turning her love for the weave into a social media initiative.

Sunita, along with three other members (one of whom is a man), laid the foundation of the Six Yards and 365 Days Facebook group some five years ago. What started as a personal initiative, soon struck a chord with thousands of saree-wearing, saree-loving users on the platform, snowballing into a large community.

“Currently, we are about 32,000 serious members worldwide with a waiting of about 8,000. We screen every profile to ensure that only genuine people can become members. We are pretty serious about what we drape, how we present ourselves, and we screen posts as well,” shares Sunita.

The objective is to wear and promote handloom sarees and traditional weaves. For this, members have to follow certain guidelines, and post their pictures in a handloom saree. If it is a non-handloom saree, it should have some handcraft like embroidery, painting, and hand printing involved.

As the brain behind the initiative explains, “Every saree has a story to tell. Members are encouraged to talk about the story behind the saree they post. Invariably, these are heart touching stories which have left a mark on their lives.”

While the weaver-centric campaign – the idea of which is incidentally rooted in PM Modi’s Digital India initiative – took off on social media, over time, it has transcended the gap between cyberspace and real space. Frequently, in fact, the members of the ‘Six Yards and 365 Days’ group meet up outside of social media and connect with one another on a personal level.

“We have multiple chapters in many cities where we host our Meets,” says Sunita, explaining presentations are made at these meets on the varieties of weaves posted, and members are often honoured for their contribution.

“We also invite weavers and other important persons in the sector, recognise their work, and applaud them, host quizzes around the weaves, and have a bit of fun with a ramp walk by all the participating members,” she adds.

Invariably, all of these meet-and-greet sessions unfold with great fervour and enthusiasm, with each chapter holding a special memory for its members.

“In the Mumbai and Pune chapter Meet,” recalls Sunita, “we had two senior citizen members, one 82-years-old and the other 78-years-old, who had just recovered from her knee replacement and who danced and walked the ramp. In Kolkata, Chief Guest Mr Matsushito Taga, Consul General of Japan to India, walked the ramp. While in Varanasi, three generations of SND family participated, and master weavers and Padma Awardee weavers spoke about their journey, enthralling the audience.”

The saga continues with the group’s Delhi meet as well. As women from all walks of life, age-groups, and parts of the country come together to cherish India’s beloved saree, compelling anecdotes become a recurrent theme.

To save a dying tradition

At the heart of Sunita’s initiative, the idea is to support weaving as a tradition and address the various challenges posing a threat to the weavers’ community. And the biggest threats, says the saree maverick, are ‘drop in demand’ and power loom.

“A handloom saree would take a week to make at least, depending on the design intricacy. Whereas on a power loom, seven to eight sarees can be produced per day. A power loom saree is also much cheaper compared to the handloom saree. However, the pride and feel of a handloom is beyond words,” she shares.

With these issues in mind and the threat of extinction staring at some traditional Indian weaves, Sunita and her team of saree enthusiasts have joined forces to look at digital-friendly solutions. Six Yards and 365 Days, which recently registered as a not for profit charitable trust, is going beyond just wearing and talking about personal drapes. The members of the group are now raising and collecting funds to support the weavers and their families.

“All funds collected from the members and other helping hands would be utilised for the healthcare, education, and skill development of the weavers and others involved in weaving,” says Sunita.

There will be temporary glitches of course – the COVID-19 situation has served a dampener on her plans, like it has done on the economy of the country – but the resolve to resurrect the initiative post-pandemic is very much alive.

As Sunita says, “If more and more people buy sarees, it would increase the demand and possibly this will help the weavers to remain in their business of weaving.”

More from
Sunita Budhiraja
02:04
MAKERS India
How My Mother Influenced Me
01:33
MAKERS India
Draping, an Art Close to the Heart!
01:12
MAKERS India
"A Woman has to Prove Herself Every Day"
01:14
MAKERS India
Supporting the Weaving Community
01:26
MAKERS India
Tracing the Love for Sarees
More from
Real Voices
MAKERS India
The Good Fight: Meet The 17-Yr-Old Haryana Girl Who Went Against All Odds to Stop Child Labour
MAKERS India
Four Human Trafficking Survivors Reveal Untold Horrors the Lockdown has Brought Upon Them
MAKERS India
Women Raise Their Voices Against Racism and Bigotry on Social Media
MAKERS India
Over 10% of Top Hollywood Movies Are Directed by Women. What’s the Deal With India?
MAKERS India
Is Masturbation Good for You? Decoding the Science and Stigma Behind Sexual Wellness in Women
MAKERS India
"I Take My Baby To Work." This Mompreneur Juggles Entrepreneurship and Motherhood Successfully